This study reveals a preliminary evaluation of the findings obtained from a new settlement detected during the Survey of Prehistoric Period of the Suğla Lake Vicinity in 2020. The settlement of Akkise/Yahyalı Höyük is located within the borders of Akkise District in Konya province, approximately 1 km  the  northeast  of

Lake Suğla. The first data about the prehistoric periods of the region were obtained from the studies conducted in the 1960s in this region, which is located between the Lakes Region and Konya Plain in the South of Central Anatolia that is called the Beyşehir-Suğla Trough. During this period, excavations in settlements such as Suberde and Erbaba Höyük revealed important findings suggesting that these settlements be established on the lakeside in the Neolithic Period. Then, in 2002, DSI works to build irrigation canal were carried out at a location close to Suğla Lake. With the unearth of archaeological artifacts in the area called Gökhöyük Bağları Höyük during the digging out for the canal, rescue excavations were carried out by the Konya Museum Directorate. In the unearthed settlement, important data about the prehistoric periods of the region were gathered. The Akkise/Yahyalı Höyük finds, which were discovered during the Survey of Prehistoric Period of the Suğla Lake Vicinity in 2020, revealed the existence of a totally new prehistoric settlement in the region. From the finds unearthed in settlements such as Erbaba Höyük, Suberde Höyük and Gökhöyük Bağları Höyük, dating the Neolithic Period, important information about the Neolithic Period tool industry and pottery making techniques was obtained. In these settlements, the obsidian and flintstone tools found in the layers dated back the Neolithic period, as well as the similar grinding stones and terracotta artifacts were found on the surface in Akkise/Yahyalı Hoyük. Among From the artifacts collected from the surface of the settlement, it is thought that this settlement can be dated to the Late Neolithic, Early Chalcolithic Period.

In this context, it is estimated that the archaeological excavations to be carried out in Akkise/Yahyalı Höyük in the future will provide important information about the Neolithization process of the Basin, also known as the Beyşehir-Suğla Trough. 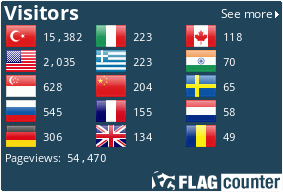